What attracts the photographer and the viewer in general in a film frame as a static picture?
What makes it possible to clearly distinguish a film frame from ordinary photographs? Maybe https://www.artlook.us/service/wedding-proposal-photography/?
What helps turn a photograph into a cinematic frame?

For a person who is not involved in cinema, but who is able to analyze the aesthetics of the fine arts as a whole, this is generalized – deliberateness raised to the absolute.
This is a rather primitive and limited view, but from a utilitarian, consumer point of view, it is logical.
After all, the pictorial range in cinema is perceived continuously, dynamically, and in general, we usually do not consider a freeze-frame of a film for half a minute at a pause. Unlike photography, which is not a sin to climb with a magnifying glass, cinematography has to be an exaggerated, emotional tool that can quickly and effectively influence the viewer. 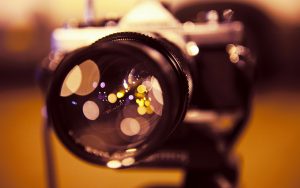 In a very narrow, superficial view, the problem of the film frame comes down to formal dialectics: you need to pay attention to details, and at the same time make the picture concise, accessible for quick and holistic perception within a fraction of a second.
By revealing the recipe for such a picture, the photographer is likely to receive the key to popularity, recognition and commercial success (although it is far from certain that his works will have some absolute value of masterpieces).

However, even in its purest form, popularity and success are desirable achievements, sometimes without even claiming to have a footprint in anthologies. Therefore, many photographers often think about getting the so-called “cine picture”. Some even get it, most often randomly.
It is not possible to make this process manageable and conscious. It would seem that the frame was cropped to 16×9, and a vignette was applied, and the shadows were cut and turned blue, and a bunch of “professional” presets were applied, and grain was added (which is usually not visible in a real movie even on a big screen).
But the miracle doesn’t happen. And cinema simply does not reveal its recipes.

What is the problem?

There seem to be at least two aspects to this:

1. A qualitatively different level of technical PERFORMANCE of a film frame, in contrast to most, in a good sense, amateur casual filming, which, by means of unpretentious post-processing, are trying to bring some purely technical indicators closer to a certain film frame, typical in the understanding of a particular photographer.
I will write about this in detail in the following parts of the material.

But it also happens that the photographer scrupulously organizes a high-quality backstage, works with professional models, sets the light, spends hours on processing.
But in this case, the miracle does not happen!

And here it is already necessary to talk about the second, perhaps not the last, but certainly the main facet of the problem.

2. The photographer most often does not understand and does not feel that CONCEPTUALLY, AESTHETICALLY distinguishes a film frame from a static photograph, except for purely technical features that are automatically reproduced by direct imitation.

Often even a good, developed photographer thinks that it is enough just to endow a photograph with some formal features inherent in a film frame (light, color, depth, framing). And at the same time he falls into a trap, just as photography itself often completely subordinates a work of art to purely formal laws of technical necessity and imitative automatism.
But a film frame is not a photograph, and it is impossible to make a film frame out of a photograph by purely technical imitation.

Not so long ago, I came across a wonderful book by Yuri Lotman “Semiotics of Cinema and Problems of Cinema Aesthetics”. In this book, many thoughts are formulated very soundly, which I could not formulate with such skill.

In particular, Lotman writes:
“In fact, the entire history of cinema as an art is a chain of discoveries aimed at banishing automatism from all links subject to artistic study. Cinema has conquered moving photography, making it an active means of knowing reality.

For the photographer, this means, first of all, that mere mechanical repetition, copying the formal features of individual screenshots-movie frames is unlikely to achieve the desired cinematography as a means of emotional self-expression and emotional impact on the viewer.

First of all, any film frame is just one CELL out of the many that make up the film strip both along the time axis and along the three dimensions of space. 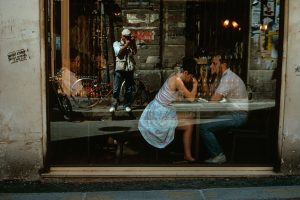 In the first aspect, a movie frame is always a half-phase of motion, even if it appears to be static. In the second aspect, the image in the frame always implies the presence of something that was not included in the frame. Here it is appropriate to quote one more quote from the Semiotics of Cinema:
“The world of cinema is extremely close to the visible image of life. The illusion of reality, as we have seen, is its inherent property. However, this world is endowed with one rather strange sign: it is always not the whole reality, but only one piece of it, cut out to fit the screen. The world of the object is divided into visible and invisible spheres, and as soon as the eye of a movie lens turns to something, the question immediately arises not only about what it sees, but also about what does not exist for it. The question of the structure of the world behind the screen will turn out to be very important for the cinema. The fact that the world of the screen is always part of some other world determines the basic properties of cinema as an art.

Therefore, cinematography constantly has to overcome the plane of the frame rather than use it (as is more often the case in photography). Hence such techniques for constructing a composition as an action directed in depth, pronounced planning, and, as a result, an almost imperative-categorical use of a shallow depth of field, color contrasts for deliberate, hypertrophied separation of the object from the background and destruction of the frame plane.

“… in none of the visual arts do the images that fill the inner boundary of the artistic space strive so actively to break through it, to break out of it. This constant conflict is one of the main components of the illusion of the reality of film space. (Yu. Lotman)

Thus, the film frame and photography, although they have a single technical nature, master reality in many ways, and this must be taken into account when you want to shoot cinematically.