You think that now, finally, after a very long introduction, a concise conclusion will follow in the style of an idiotic superficial instruction “20 ways to overcome a creative block” – this will not happen, since we started to dig deep. It is impossible to treat the symptoms – only doctors do that, but we, as psychoanalysts, need to get to the bottom of it.

First of all, try to understand what you have already learned in photography and what you have been doing recently. There are many levels of development of a photographer, but in order to move from one to another, you need to find a solution for yourself, and this task is far from trivial – you really will have to come up with this solution yourself, there are no ready-made recipes in this text (and cannot be) , there are only road signs in which direction and at what speed to move. But there is an advantage – this approach can be used at the end of any stage of development. 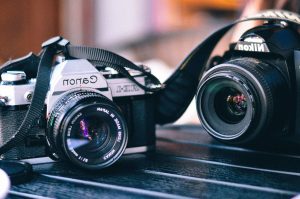 When you realize that, for example, in the last year, macro-butterflies or birds in the sky have been most actively photographed, analyze what you have achieved and think about what else you would like to do – since a certain direction does not fascinate you at the moment, perhaps it is not for you. Keep in mind that long straight roads usually lead to a dead end, not winding and humpbacked ones. You have been moving in one direction for too long, so it’s time for a change.

Take a sheet of paper and write on it the same-root words from the verb “change” (for those who know another language, you can also write a translation) and hang this sheet in front of you so that you can see it regularly. Do not think, however, that you will limit yourself to such a stupid American approach – soak up its meaning so that it is literally in every cell. At the same time, start changing something in your life, in small things, you can do one thing a day. The task is not to break everything quickly, but to push a heavy cart, which is hard to move even.

No, you don’t need to get divorced, you just need to understand that it was this lifestyle that led you to creative stagnation. Leaving everything as it is, you will not budge. Pay attention, you don’t want this the least now, but you need to shake yourself up – do something unusual for yourself, something that you wanted, but for some reason put off. Put down the camera. Start jogging in the morning, go cycling if there is no girlfriend, get to 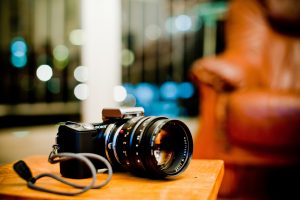 know each other if the relationship is at an impasse, break up, leave work early, go out to dinner in unusual places, communicate more with friends and former classmates (strange, but go to Odnoklassniki and “Contact”) or just with strangers, start again giving flowers to your wife for no reason or find a mistress. Finally, get a dog. You are dusty – shake yourself up, buy tank shooting, dance lessons or skydiving (now there are such entertainments). There are more radical methods of shock therapy, which are used by more daring photographers.

Get into the habit of celebrating something new every day—no, not drinking on a make-believe occasion, just celebrating every day with something unusual seen on the street. Have you made a habit of observing your surroundings? So what kind of photographer are you? Leave fine art for a while, just pay attention to what is happening. Imagine that you have been a robot lately, and now you have tried to become a person (believe me, it was).

What is the meaning here? Remember Bernard Shaw’s theory of the flapping of a butterfly’s wings? It’s the same here – everything in the world is interconnected, especially within the limits of one rational being, which each of us considers himself to be. If changes begin in one direction, they will entail other changes, the brain will stir, problems will appear from which you fenced yourself off, fantasy will cut in again, and this is already the beginning of the path – one will pull the other, and it remains only to determine what is next . And change is exactly what you were striving for.